MY NAME IS NOW NECHAMA – MY LIFE BETWEEN KÖNIGSBERG AND ISRAEL 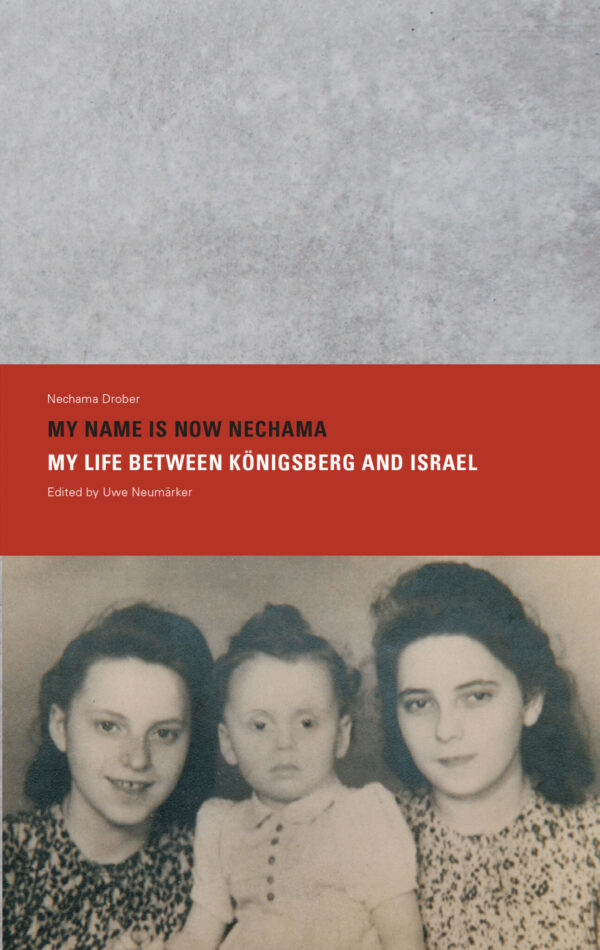 Nechama Drober (*1927) was born as Hella Markowsky in the East Prussian capital of Königsberg (now Kaliningrad) into a Jewish family. She witnessed to the two major deportations in the summer of 1942, in which she lost closest friends, relatives and schoolmates. She experienced the Allied bombing raids in the summer of 1944 and the conquest of East Prussia by the Red Army in early 1945, after which her father Paul was deported to Siberia and her mother Martha and fi ve-year-old brother Denny starved to death. Hella Markowsky fl ed with her sister Rita via Lithuania to the Moldovan town of Kishinev, where they lived until they left for Israel in 1990.

Nechama Drober
»My Name is now Nechama — My Life between Königsberg and Israel«
Edited by Uwe Neumärker, Foundation Memorial to the Murdered Jews of Europe
Berlin 2021