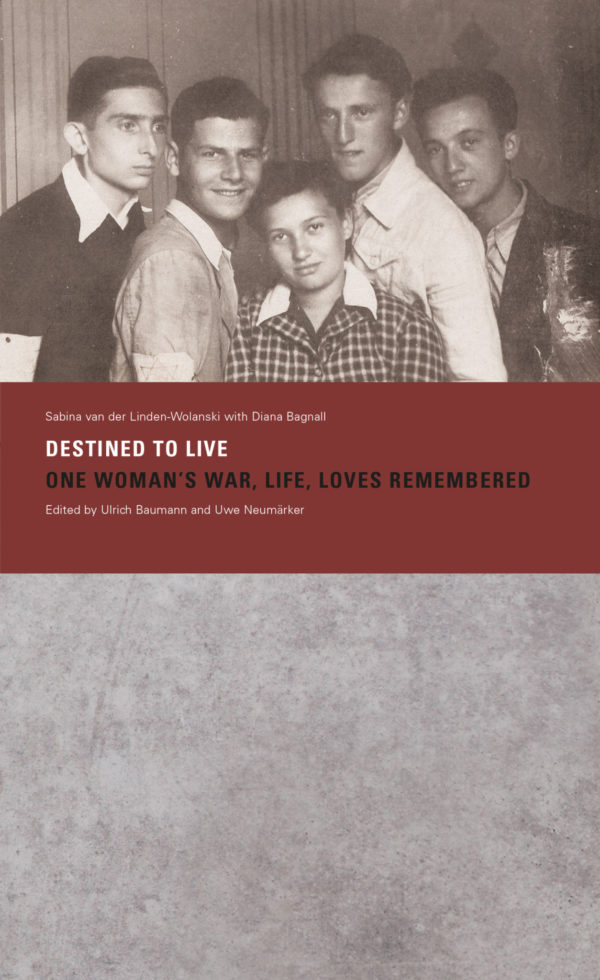 Sabina van der Linden-Wolanski (1927–2011) was the only member of her family to survive the Holocaust in eastern Poland. After the war, she spent time in Silesia (now part of Poland) and Paris before emigrating to Australia in 1950. A diary and a few photographs were all she had left to remind her of her youth. Decades later, these unique items became part of the exhibition in the Information Centre of the Holocaust Memorial. Sabina gave a speech as a guest of honour at the inauguration on 10 May 2005. Her autobiography is a testament to the determination and the uncertainties of a young girl facing violence and murder, but also to the strength of character that enabled Sabina to make a new start on the other side of the world as a wife, mother and businesswoman.