»A Childhood and Youth Destroyed. My Life and Survival in Berlin« 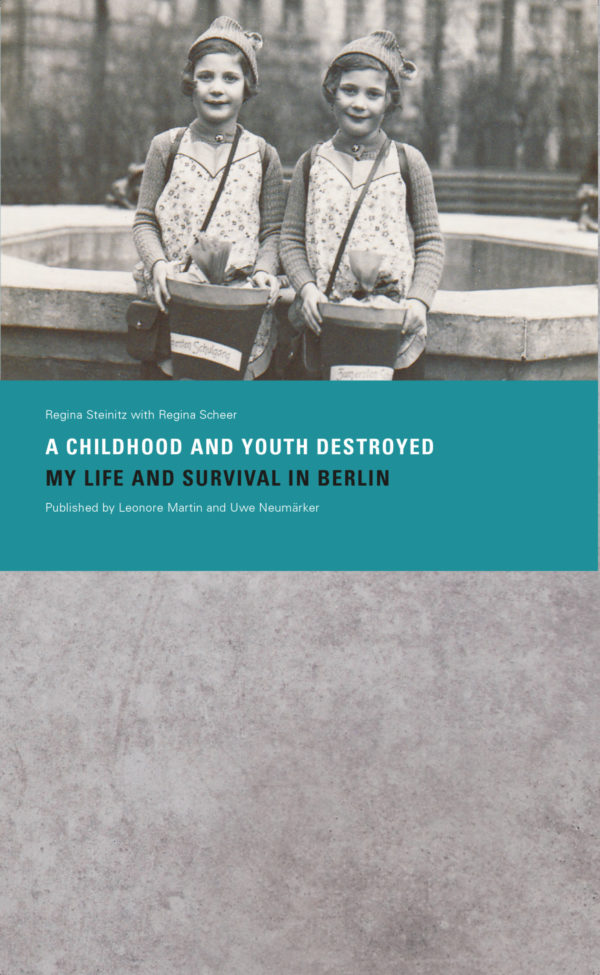 Regina and her twin sister Ruth were born in the German capital in 1930. Their father was able to save himself by going into American exile in 1938. When their mother died of tuberculosis in 1940, Regina and Ruth were taken to the Jewish Children’s Home on Fehrbelliner Strasse, where they found a new family. After thefacility was closed down, they were entrusted to the care of an older couple. After the foster parents’ arrest, a non-Jewish uncle, their mother’s brother, managed to take the girls in. In 1945, Regina and Ruth witnessed the liberation of Berlin by the Red Army. In 1948, the sisters emigrated to Israel, where they married and still live to this day.

Regina Steinitz with Regina Scheer
»A Childhood and Youth Destroyed. My Life and Survival in Berlin«
Edited by Leonore Martin and Uwe Neumärker
Berlin, 2014