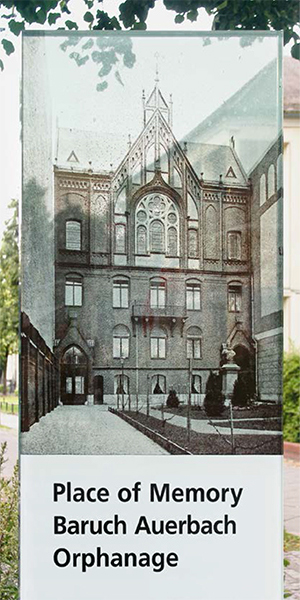 Until it was dissolved by force in 1942, the Auerbach Orphanage was a sanctuary for Jewish children. Since 2000 there are memorial sings and events to honour the over 100 children and their carers who were deported and murdered in the same year. The leaflet including the most important information on the Memorial.