»I Sang to Survive. Memories of Rachov, Auschwitz and a New Beginning in America« 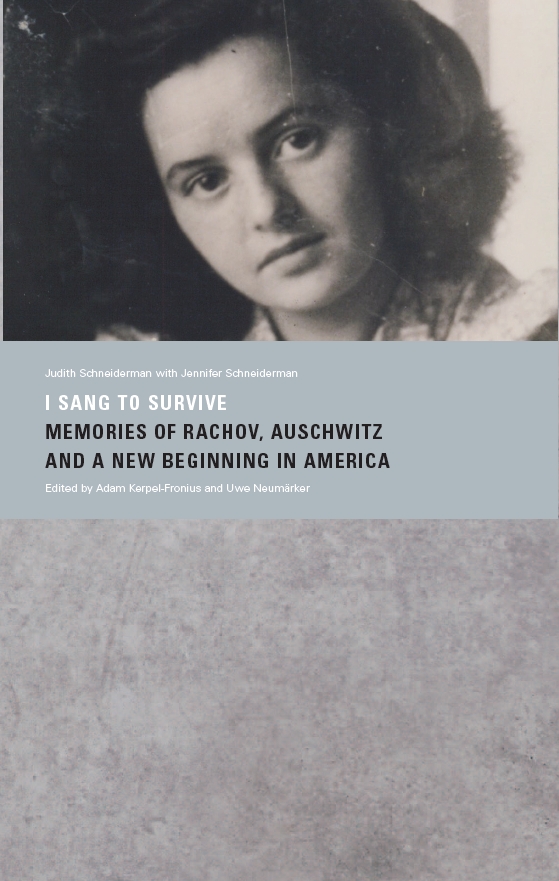 Judith Schneiderman (1928–2018) was born into a Yiddish-speaking family who lived in what is now Rakhiv in the Carpathians region of Ukraine. The town belonged to the Austro-Hungarian Empire. After World War One it became part of Czechoslovakia and was renamed Rachov but came back under Hungarian control in 1939. The Jews living in this region were deported to Auschwitz following the occupation by the German Wehrmacht in 1944. Judith survived a number of National Socialist concentration camps. She says that she drew strength above all from singing. After the war she emigrated to the USA, where her memoirs were published in 2010.

Judith Schneiderman with Jennifer Schneiderman
»I Sang to Survive. Memories of Rachov, Auschwitz and a New Beginning in America«
Edited by Adam Kerpel-Fronius and Uwe Neumärker
2nd English edition, Berlin, 2018