»GOD HAD SOMETHING IN STORE FOR ME! MEMORIES OF A GERMAN SINTEZZA« 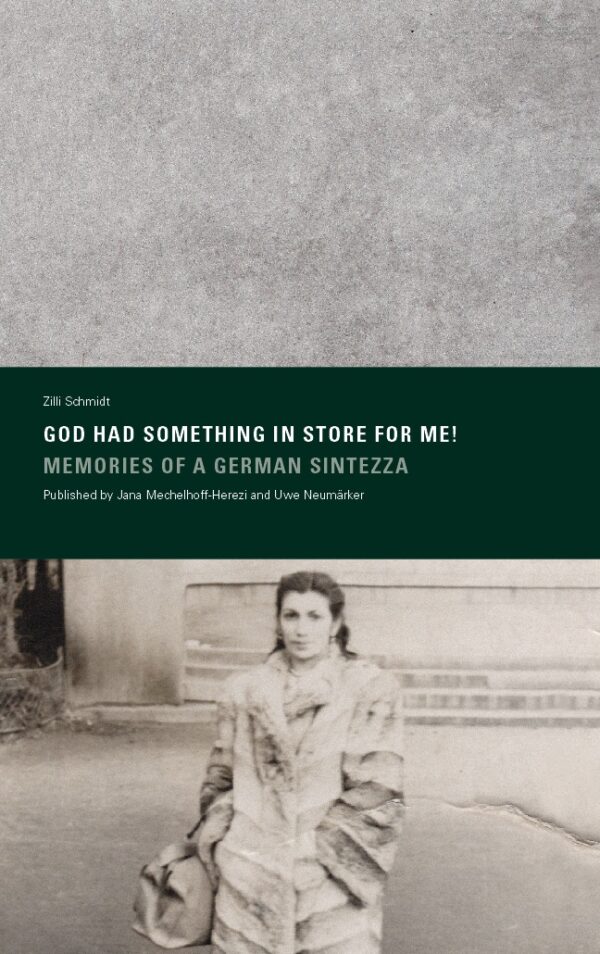 Zilli Schmidt (born 1924) comes from a German Sinti family. In the Auschwitz-Birkenau ‘Gypsy camp’ in 1943/44, she managed to keep her loved ones alive by stealing and contacts with prisoner functionaries. However, her four-year-old daughter Gretel, her parents, her sister and six nephews and nieces, and numerous other family members were murdered on the night of 2 August 1944. That same day, the SS had sent Zilli to Ravensbrück for forced labour. Zilli succeeded in escaping. Once the war ended, the sole close relatives she found alive were her two brothers. After a long and varied life, she began telling her story only a few years ago.

Zilli Schmidt
»GOD HAD SOMETHING IN STORE FOR ME! MEMORIES OF A GERMAN SINTEZZA«
Published by Jana Mechelhoff-Herezi and Uwe Neumärker
Berlin, 2021