»Final Days in East Prussia. An Unspoken Chapter of the Holocaust« 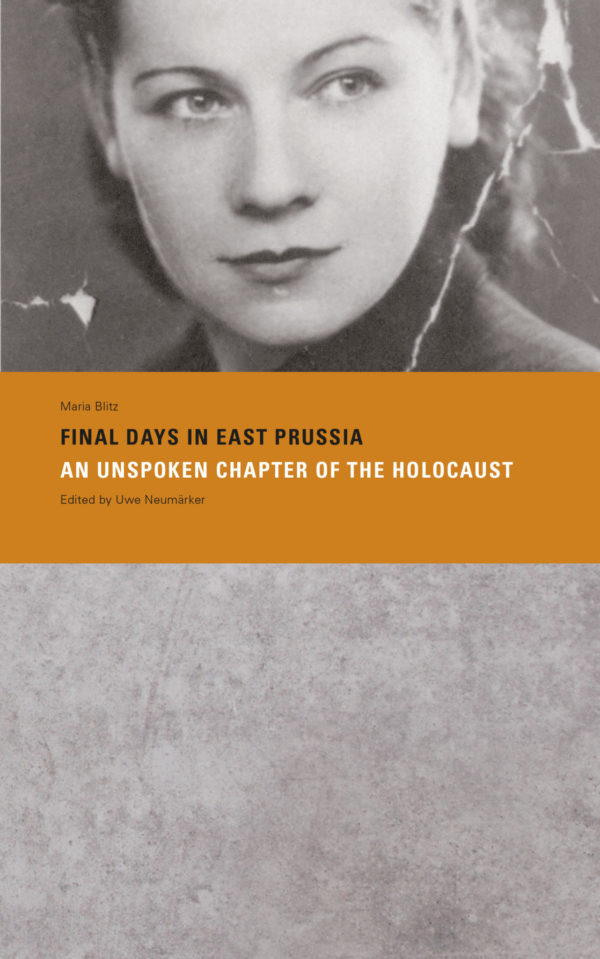 January 1945. In East Prussia, hundreds of thousands of people were fleeing the Red Army. At the same time, the SS forced at least 5,000 Jewish prisoners on a death march from Königsberg to Palmnicken on the Baltic Sea coast. Only 30 people survived the death march and the subsequent massacre. One of the few was Maria Blitz (1918– 2016) from Krakow. 55 years later, now based in the USA, she wrote the memoir My Holocaust, which recounted her experiences of persecution and imprisonment between 1939 und 1945 as well as her life after the war. This book presents the memoir, along with historical context and eyewitness accounts from locals.