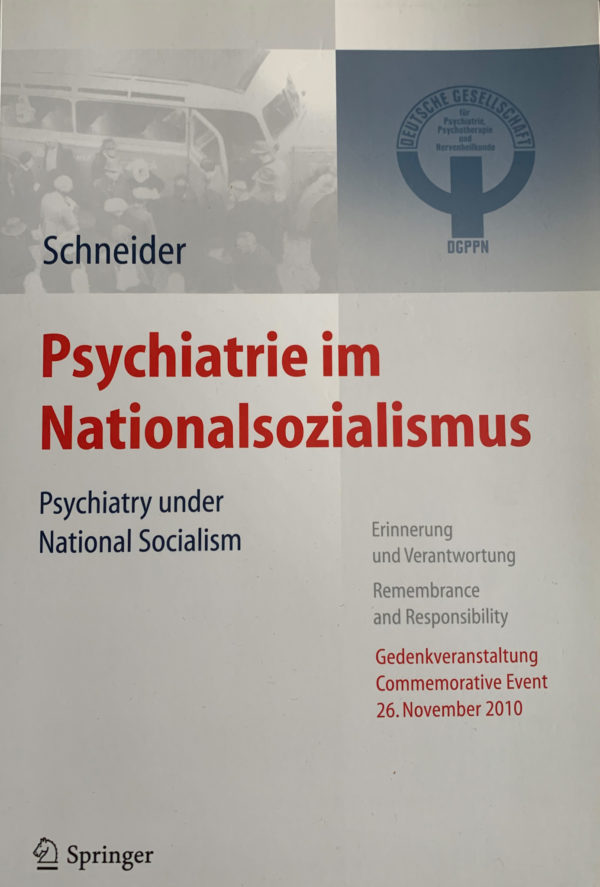 On 26 November 2010 the German Association for Psychiatry and Psychotherapy (DGPPN) held a commemorative event to honour the memory of those who suffered through one of the darkest chapters in the history of the discipline. Under National Socialism, psychiatric patients were the victims of unethical research, forced sterilisation and murder, and many psychiatrists were forced to emigrate.
During the commemorative event, the DGPPN asked victims and their families for forgiveness for the pain and injustice they endured in the name of German psychiatry and at the hands of German psychiatrists.
The enclosed DVD contains a recording of the event in the original German and a dubbed English version.