Ruth Zimmermann holds her first published memoirs in her hand

In February 2021, Matthias Krones, who has been volunteering at the »Sächsische Israelfreunde e.V.« for many years and who supports people – especially Holocaust survivors – in Israel with humanitarian and renovation work as part of this association, turned to the then President of the Bundestag, Wolfgang Schäuble. He asked him for help in publishing Ruth Zimmermann’s memoirs.

Matthias Krones had become acquainted with Ruth and her story, along with many other survivors, during his artisan services in Israel. Ruth Zimmermann had only decided at an advanced age to share her life story with others and to write it down with the help of her daughter, Dina Zimmermann-Vakrat. The married couple Henoch and Esther Ackermann, who have been caring for and helping Holocaust survivors in Israel for many years, established contact with Ruth.

Ruth Zimmermann, born in 1930, spent the first years of her life in Sondershausen, Thuringia. In 1937, the family moved to Hamburg, where his father was arrested during the November terror of 1938. After his return, the family emigrated to Shanghai in 1939. Their relatives, who have remained in Europe, are murdered. In 1943, all Jews in Shanghai had to move into a ghetto. Ruth survives. After the war, Ruth moves with her parents to the USA. In 1951 she went to Israel, married her childhood sweetheart Walter, whom she had met in the ghetto in Shanghai, and started a family. 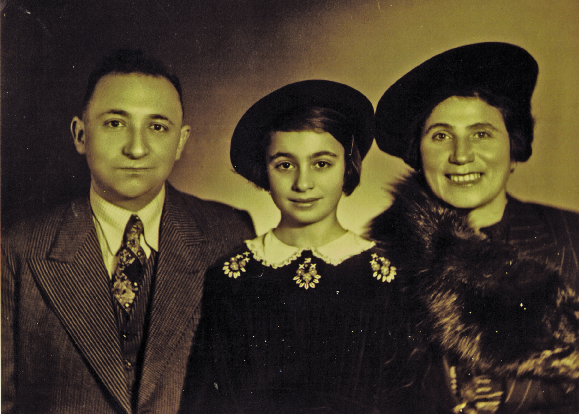 Wolfgang Schäuble, then Chairman of the Board of Trustees of the Foundation Memorial, asked Uwe Neumärker, the director of the Foundation Memorial, to take a closer look at Matthias Krones’ request and take a closer look at the manuscript of contemporary witness Ruth Zimmermann, which had already been translated from Hebrew by Marie von Mirbach-Harff.
Now, exactly one year later, the time had come, the memoirs of Ruth Zimmermann have left the printing house, Matthias Krones in Saxony and immediately afterwards ruth in Israel. Under the title »Expelled and yet arrived – from Sondershausen to Shanghai, New York and Israel«, the 19th report appears in the Foundation’s series of contemporary witnesses. Matthias Krones was now able to travel to Israel again, as was his great wish, and visit Ruth on 12 May 2022 in her apartment in Hadera. Ruth received the first copy of her life story immediately after printing the book in April, when a group of craftsmen from the Saxon Friends of Israel e.V. were in Israel for the craftsmen’s service.

From now on, Ruth Zimmermann’s memories will be part of the Foundation’s ongoing educational and mediation work.

Ruth Zimmermann turned 92 this year. Our greatest thanks go to her. She has placed her trust in us to publish her memories in our series of contemporary witnesses. We greet her and her family in Israel warmly!