On October 22, 1941, a few days after the occupation of the city by Romanian and German troops, a bomb exploded at the headquarters of the Romanian army in Odessa. The attack prompted the Romanian army to retaliate using drastic violence, in particular against the city’s approximately 100,000 strong Jewish population. Several hundred men were hanged publicly in the streets, while tens of thousands of Jews were crammed into army barracks on the outskirts of the city. On October 23, Romanian soldiers set fire to the barracks. It is estimated that about 25,000 Jewish children, women and men died in the flames. German special forces also took part in the retaliatory actions.

For decades, there was no memorial or sign of this massacre at the scene of the crime in Lyustdorfskaya Street. It was not until the 1990s that Jewish organizations were able to erect a memorial stone on the site now heavily overbuilt with high-rise residential blocks.

Since she first learned of this massacre a few years ago, Marieluise Beck, a former Green member of the Bundestag and current managing director of the political think tank Zentrum Liberale Moderne, has been working tirelessly for a new, more dignified memorial site.

Last Friday, the 80th anniversary of the crime was marked by a moving ceremony at the site of the future monument. Among the speakers were Mayor Gennady Trukhanov, German Ambassador to Ukraine Anka Feldhusen, Federal Government Special Representative for Relations with Jewish Organizations, Holocaust Remembrance and Anti-Semitism Michaela Küchler and her Romanian counterpart Alexandru Victor Micula. The emotional highlight was the speech of 85-year-old Holocaust survivor Roman Schwarzman, who as chairman of the Association of Prisoners and Survivors has been committed to the memory of the murdered Jews from Odessa for decades. The ceremony was concluded by the laying of the foundation stone for the new memorial site.

Planning for the new place of remembrance is progressing rapidly. An architectural design is now available. On Saturday, October 23, about 25 different actors and representatives of various organizations gathered to discuss open questions about the design of the monument. The Stiftung Denkmal is involved and is present on the advisory board of the project. The Foundation was represented by project manager Adam Kerpel-Fronius who took part in the commemorative event and in the subsequent consultations. 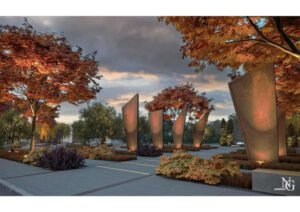 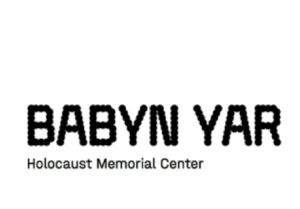