On 6 September, H.E. President of Israel, Mr. Isaac Herzog, together with Federal President Frank-Walter Steinmeier, visited the Memorial to the Murdered Jews of Europe. The visit took place as part of his visit to Berlin, together with an Israeli delegation and accompanied by Mrs. Michal Herzog and Mrs. Elke Büdenbender. Dr. Ulrich Baumann, Deputy Director of the Foundation Memorial to the Murdered Jews of Europe, welcomed the politicians and their wives at the memorial.

Around 10.30 a.m., Herzog and Steinmeier gathered at the field of stelae for the memorial act with wreath-laying. 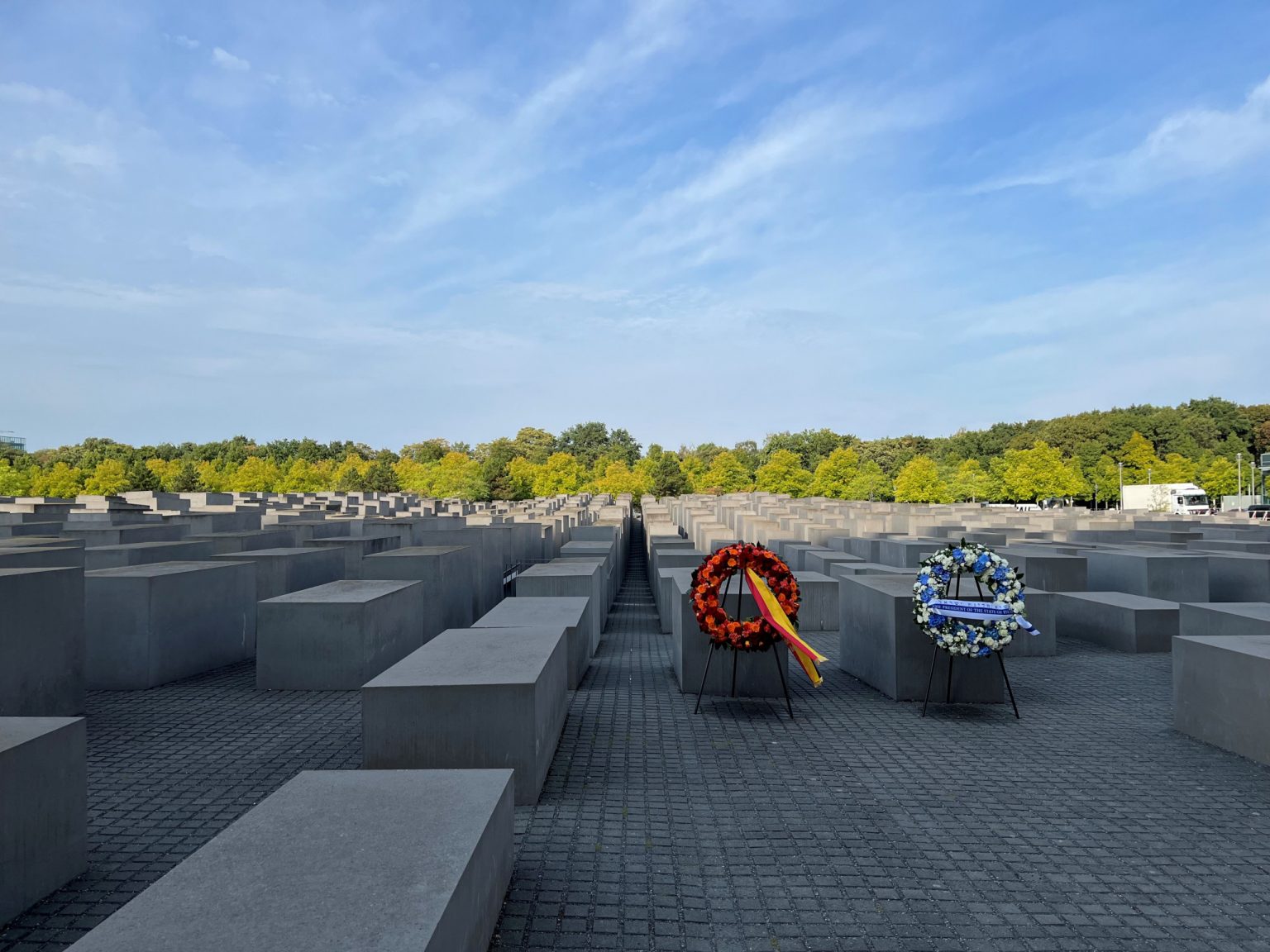 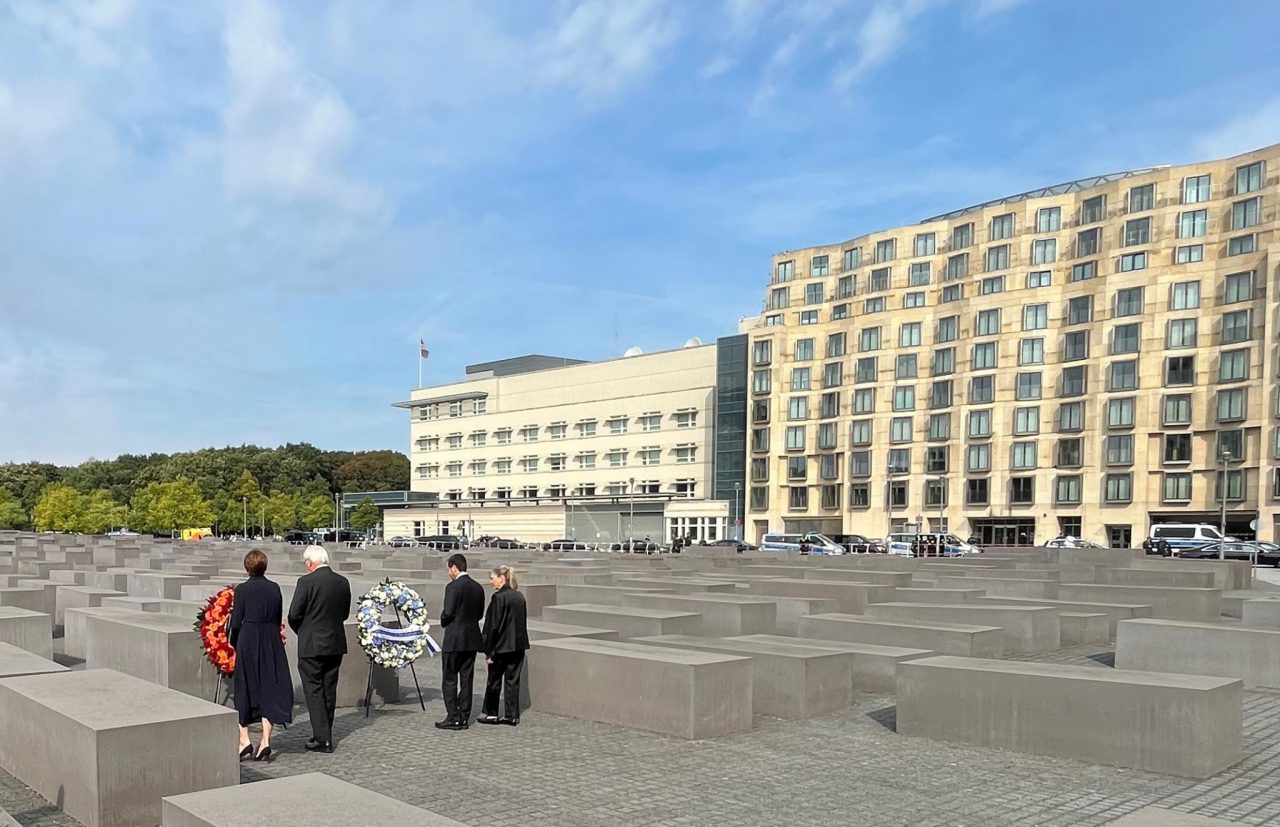