Based on an initiative of its advisory board and in accordance with its legal mandate to also commemorate non-Jewish victims of National Socialism, the Foundation – in cooperation with the Saxon Memorials Foundation, the German Resistance Memorial Center and the Federal Association of Victims of National Socialist Military Justice – has developed a travelling exhibition on National Socialist military justice. The exhibition provides information about the injustice and arbitrariness of Nazi military justice and serves to anchor the legal rehabilitation of its victims in society, which took place between 2002 and 2009. It was funded by the Federal Commissioner for Culture and the Media.

The presentation focuses on case stories involving individuals who were not only sentenced as deserters but also those found guilty of »demoralizing the defense forces« (so-called Wehrkraftzersetzer) or of »exercising a destructive influence on the folk community« (so-called Volksschädlinge). It will also include biographies of members of the resistance in Nazi-occupied Europe. A total of at least 22,000 persons were executed in connection with such »offenses«, and countless others died in camps or on penal gangs. The case stories are embedded in overviews of the history of the German military justice system between 1871 and 1939. Finally, the exhibition focuses on the exclusion and disregard of surviving victims of justice in the German post-war states.

Documentation Centre of the Country for the Victims of Dictatorships in Germany, Obotritenring 106, 19053 Schwerin

Institute for Urban History in the Carmelite Monastery, Münzgasse 9, 60311 Frankfurt am MainOrganiser: Institute of Urban History

Bahnhofspassagen Potsdam, Babelsberger Str. 16, 14473 PotsdamOrganizer: Association for the Promotion of Anti-Militarist Traditions in the City of Potsdam e.V. 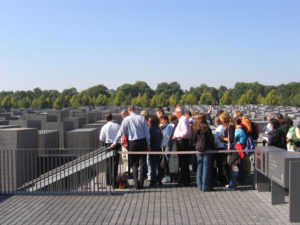 Exhibition under the field of stelae is technically renewed 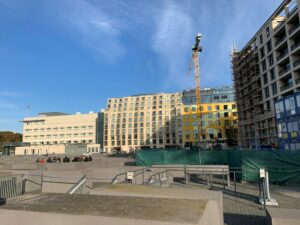