On January 23, 2023, Yad Vashem Director Dani Dayan and an interested delegation visited the Memorial to the Murdered Jews of Europe, where he laid a wreath during his visit. Dani Dayan was accompanied by contemporary witness Lore Stern, among others. The delegation consisted of Iris Rosenberg, Press Officer and Director of the Communications Department, Haim Gertner, Director of the International Relations Department, Yaki Lopez, Head of Public Relations at the Israeli Embassy and Sandra Witte, Bilateral Projects, Holocaust Remembrance, Righteous Among the Nations/Yad Vashem.

The director of the Stiftung Denkmal, Uwe Neumärker, welcomed Dani Dayan and his companions in the field of stelae and then gave a guided tour through the exhibition in the Information Centre. Finally, Dani Dayan and Lore Stern signed the guestbook. 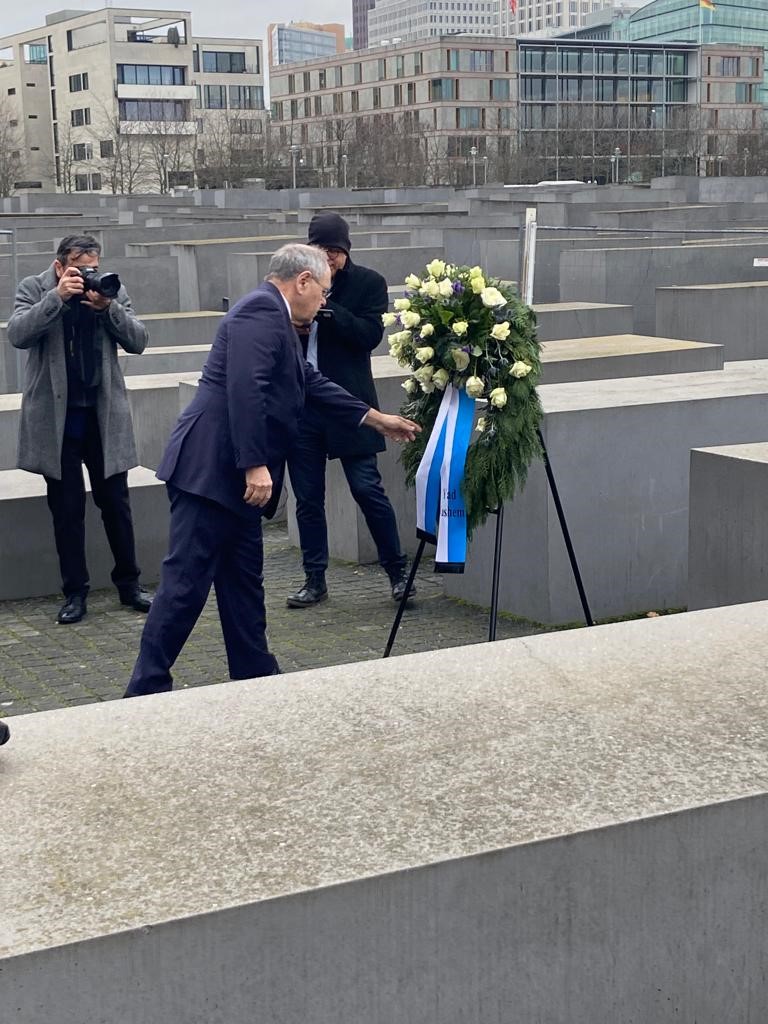 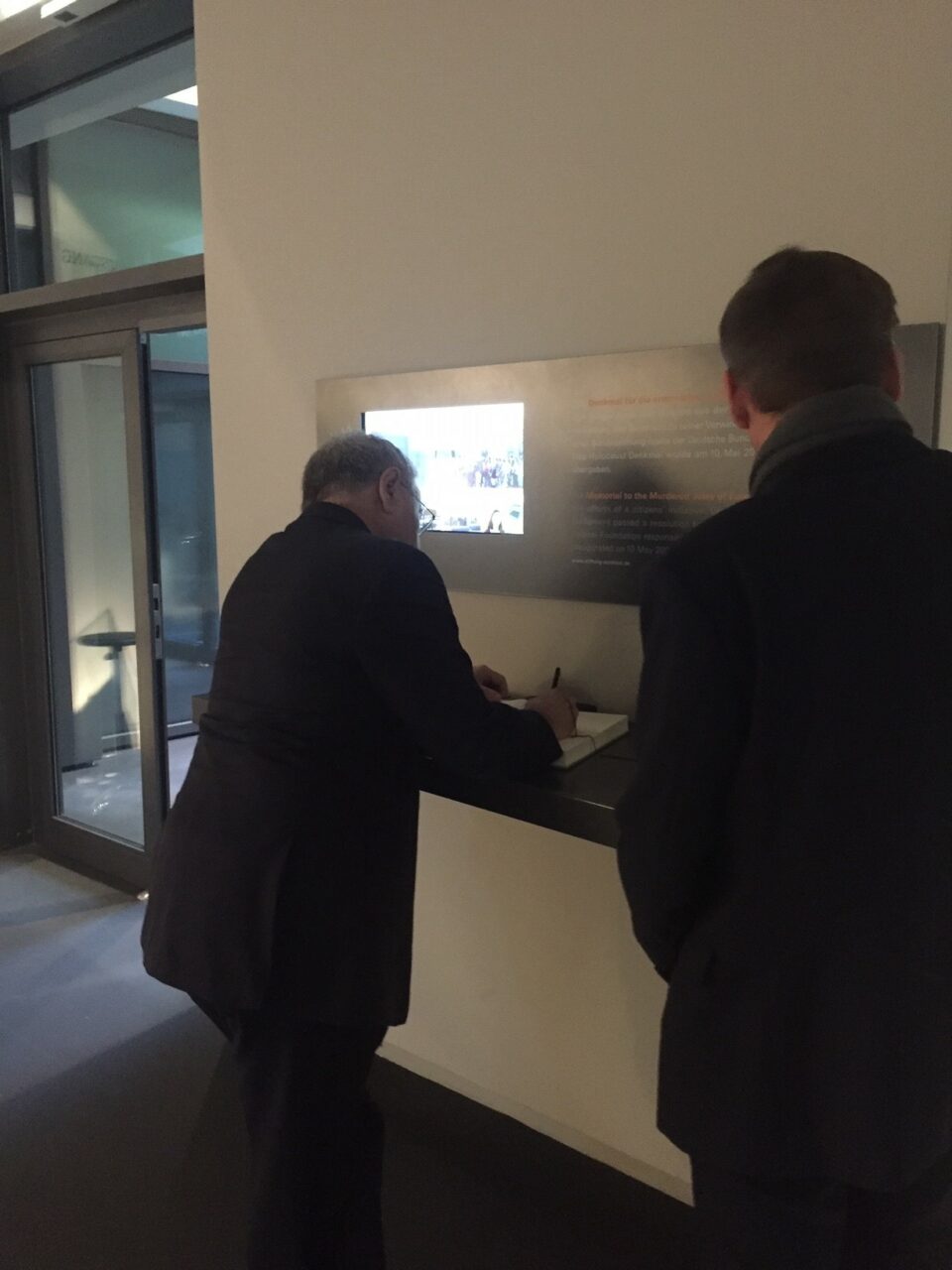 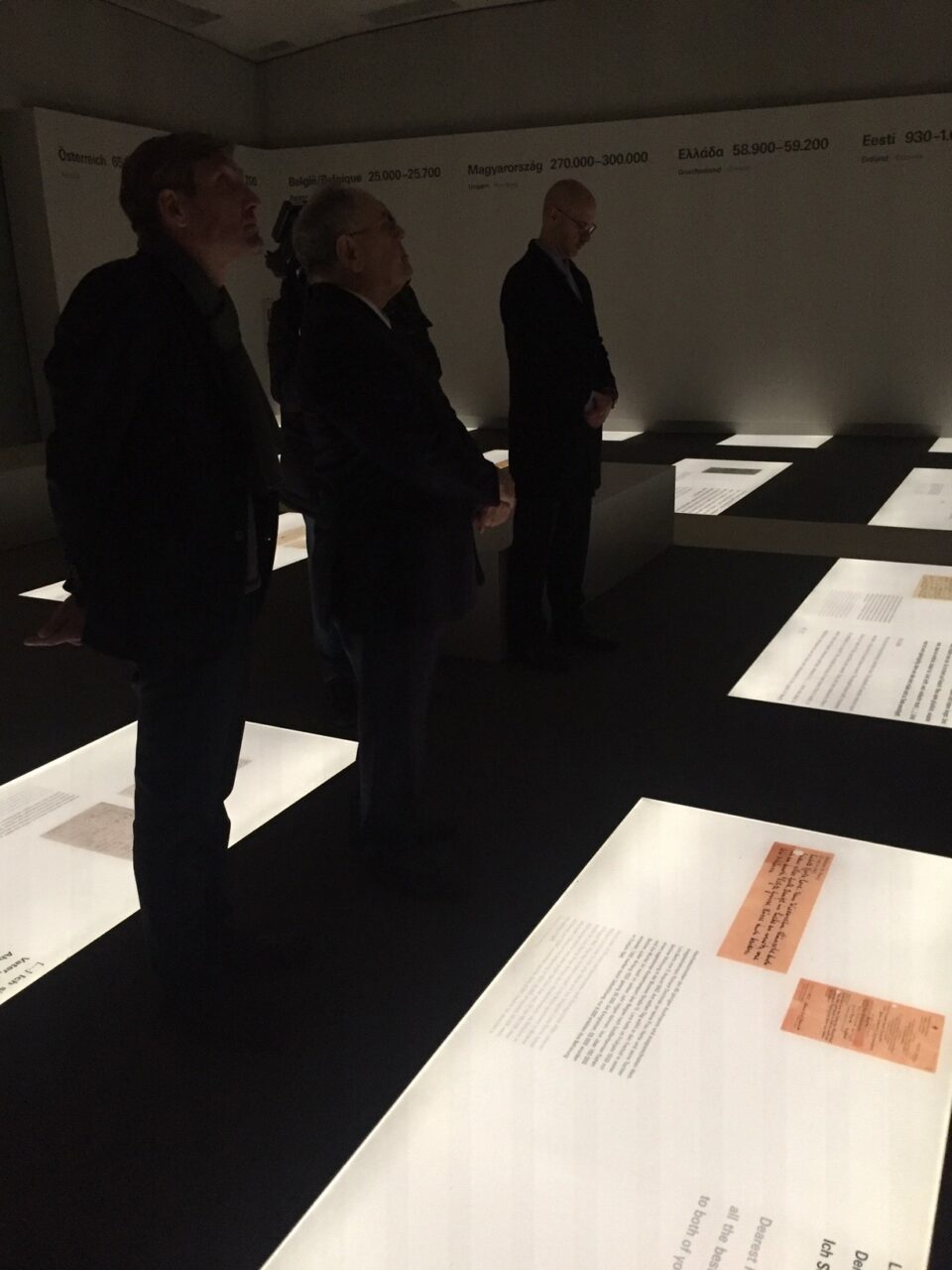 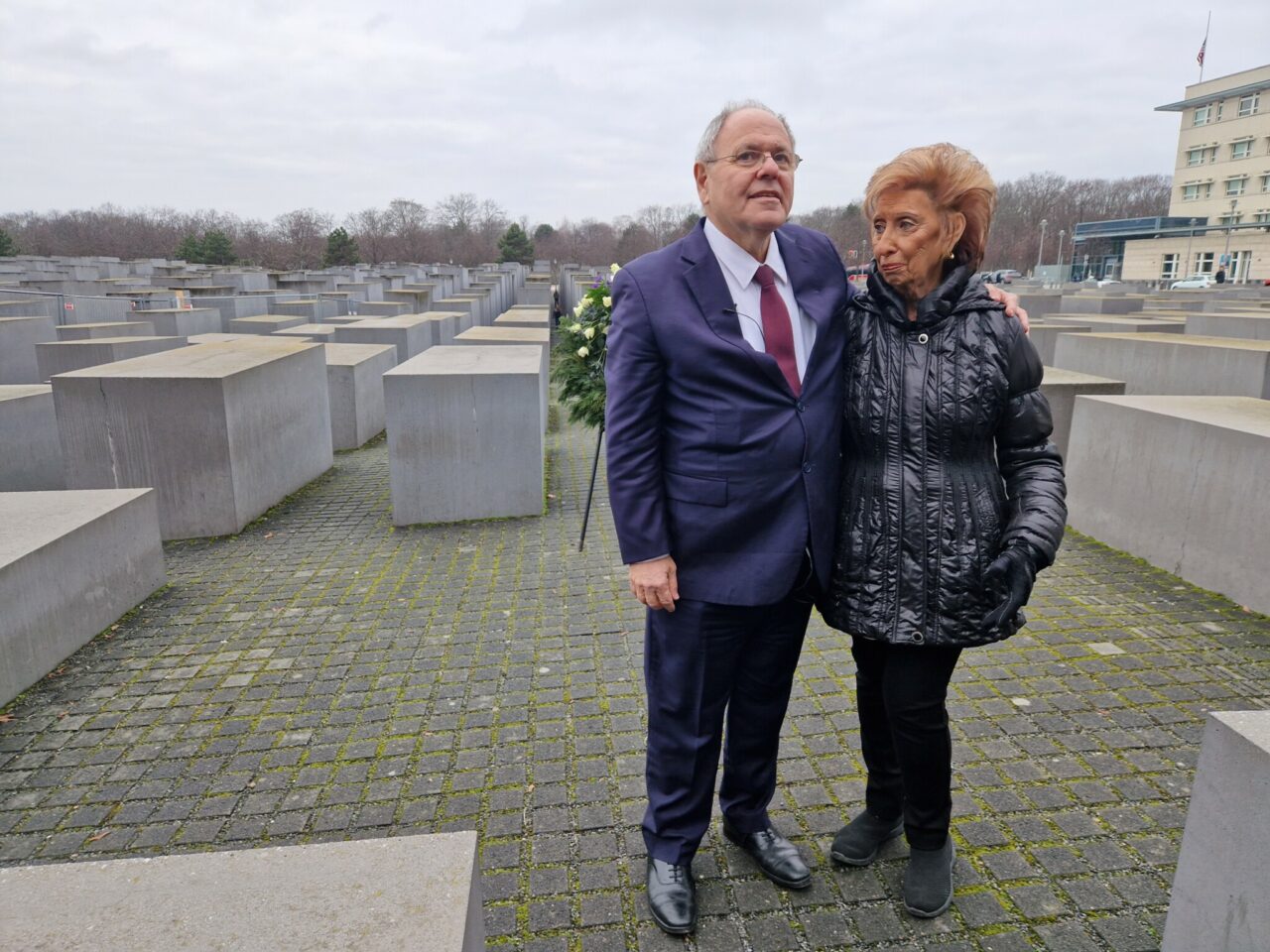